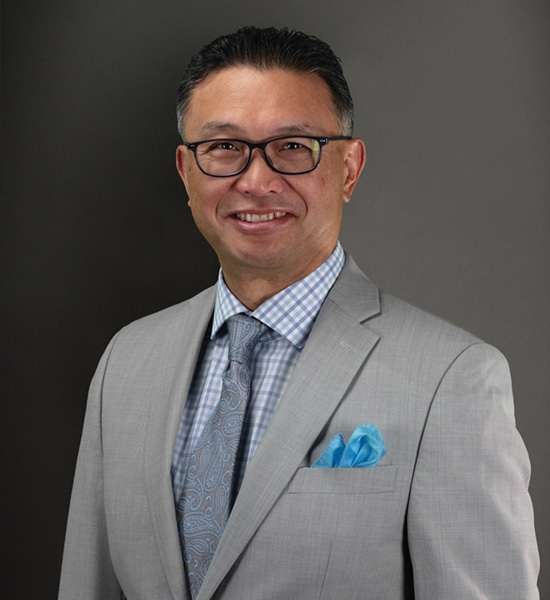 Dr. Ferdinand Salvacion is board certified in anesthesiology and pain medicine and a member of the International Association for the Study of Pain, American Pain Society, International Neuromodulation Society, American Society of Regional Anesthesiologists, and American Academy of Pain Medicine. He is a Veteran of the United States Navy and served as Medical Officer for the USS Savannah and Combat Logistics Squadron FOUR and was on active duty during Desert Shield and Desert Storm.

Dr. Salvacion received his Bachelor of Arts degree with Honors from University of Chicago and completed his medical degree at Washington University School of Medicine in St. Louis, Missouri. He began his residency at United States Naval Medical Center in Portsmouth, Virginia a year before becoming the Medical Officer with the USS Savannah. In 1991, Dr. Salvacion became the Squadron Medical Officer with Combat Logistics Squadron FOUR.  Dr. Salvacion finished his residency with the Department of Anesthesiology at Barnes-Jewish Hospital in St. Louis, MO.

Dr. Salvacion is married with three grown children and one grandchild. He is a lifelong Chicago Cubs fan and enjoys golf and woodworking.

University of Chicago – Bachelor of Arts with Honors in Chemistry

Ferdinand F. Salvacion, MD currently does not have any related videos or posts.